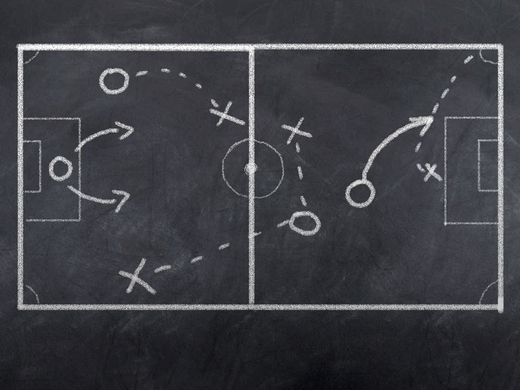 This week we are almost halfway through the season and HL 27 still remains full of surprises on every level.

In Division 1, reigning Champions Cyprus FC are strongly ensconced in the chair as leaders of the Division after their new win 7-1 over Atletico Belgique having a comfortable lead at half-time 4-0. Dounia Bakkali showed again that she was a reliable shooter adding 4 goals to her impressive record. Unfortunately, we also had a couple of forfeits in this division with the Survival of the fattest letting Skywalkers get 3 precious points and Treehuggers letting El Santo Sheiks move up the ranks in the division. Spartak Zizou and Einsteinians had to satisfy themselves with a 2-2 draw. In this game Spartak blew a 2-0 half-time lead obtained thanks to Marie Moeremans while Capt. Florian Bergmüller was leading the charge for Einteinians in the second half with 2 goals in order to try to make a come-back. Spider FC continues to impress after this time taking down The Hangovers 7-1 and Amina Tilouti finding the back of the net on 4 occasions.

In Division 2 everything seems to be open with every team still in the chase for top spots. The most prolific game of the division (and of the day) saw Turx&Plux overcome FC Fig Puckers’ defense 12-11 in a thrilling game that seemed to be decided in their favour at half-time 7-3. It was without counting on the resilience of the FC Fig Puckers to make a great come-back in the second half. Nevertheless, thanks to Gokhan Joker and his 8 goals, Turx&Plux were able to grab 3 more points. The leader Arena Bxl had to continue therefore their winning streak to ease the pressure on the 1st Place of the division; which they did winning a solid game 6-2 overall against Orcs in Black after making the gap at half-time 3-1. Aurélie Balsamo with 4 goals was key to secure further 3 points at the top of the division. What seemed impossible so far happened on Sunday with the defeat of Los Chorizos Bionicos 4-5 against HueHue FC.  Everything though was still possible at half-time with a 3-3 draw but Ines Messaoudi had other plans scoring 4 goals for HueHue FC claiming the victory for her team. The second largest scoring game of the day came with the opposition between Legislators and Los Patos Hermanos which resulted in the end with a 11-11 draw! Natalia Sancha (Legislators) as well as Anaïs Riou (Los Patos) with 6 goals each couldn’t determine who will come off best. Another game finished in a (less spectacular) draw 4-4 when B-United faced Serdika. Both teams couldn’t demarcate themselves even at half-time where the score was also a 2-2 draw despite the best efforts of Leopold Miotto and his hat-trick for Serdika. Finally, Zlote Ptaki started regaining some colours with their win over The Running Dead 5-1 overall, having made the gap during the first half and a 3-0 half-time lead. Andrzej Pryrka with his hat-trick led the team to a crucial victory in this campaign.

In Division 3, another big surprise came along with the defeat of Expected Toulouse (this time for real) to the hands of Sublime Porte, also strong contender to the top spot in 3rd Division (and who took over from Toulouse). While everything was still open at half-time with a 2-2 draw, Sublime Porte through their goal scorer Firdes Necipoglu (4 goals) managed to put up some additional heat on their opponent’s defense winning this one in the end 7-3. At the bottom of the table, we saw Eurotrash FC allowing themselves a little breathing time after a crucial victory over Cercle Curie KSV 7-2 and a comfortable lead at half-time 5-1 which throws Cercle Curie into the turmoil and brings them tirelessly towards relegation. Huy-Minh Bui with a hat-trick was mainly involved in this win for Eurotrash FC. Brussels Sprouts seem to be marking time after their draw 1-1 against Benchwarmers with a scoreless game at half-time. Schaerbeek Bombers on the other hand keep winning and their latest win against Paranoika 7-1 propels them to the second position in the table (Same number of points as Sublime Porte). With a Hat-trick of Federico Fori and a half-time lead 4-0, The bombers keep “bombing’ their way towards the top. The most prolific game in this division was the solid win of Futsal Croatia BXL 13-2 (5-2 half-time lead) over Hairy Canaries with 5 goals of gunner Zoran Martic for the Croatian side. It’s safe to say that the Canaries lost some feathers in this game…. we’ll wait to see until next Sunday to see if they can rebound from this one.

In Division 4, the battle is fierce amongst all to be able to join Div3 next season. A couple of games finished with draws which doesn’t help any team in the fight for promotion. FC Deliciosa and PSG Club Belgique failed to find a winner after the 1-1 draw (Scoreless at half-time) in their game while La Famiglia and FC Samnites United couldn’t separate themselves after their 3-3 draw (1-1 after 25 min). Soloni FC and Sofobeast also had to satisfy themselves with a 1-1 draw after Sofobeast managed to score their only goal before half-time but weren’t able to maintain this little advantage throughout the game. Cinquantenaire United took advantage of this situation beating their nearest runner up The Eagles 7-5 after securing a thin but sufficient lead 4-2 at half-time. Kira Sutthof with 4 goals had a good day in front of goal for the 50aire side. La Vie est belge won to remain tied on points at the summit against Les Ritals FC 2-0, 1-0 at half-time, and hopes to be able to get near the top in the weeks to come.