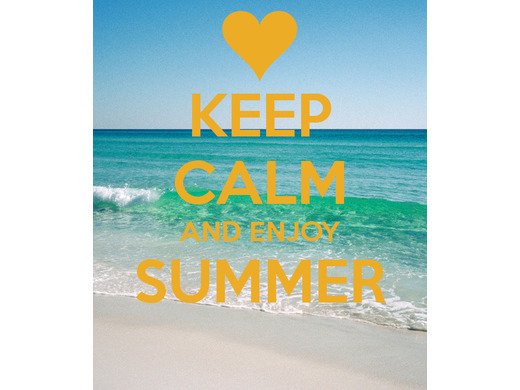 Thank you everyone for a wonderful Hebe League 27 season!

Last weekend saw our last game day being played in every division as Hebe League 27 came to a conclusion. Thank you all for a wonderful season and we can’t wait to start Hebe League 28 in Autumn!

In Division 1, one game remained to conclude this season. Atletico Belgique won 2-1 against Spider FC, everything being still open at half-time with a 1-1 draw, until Alfonso Blanco shot the winning goal for Atletico. Despite this victory, Atletico Belgique couldn’t save themselves and are relegated to Division 2 that they left one season ago.

Division 2 came also to a conclusion and several parameters were in the air whereas promotion / relegation of teams in this division. Congratulations to Arena Bxl for being Champions after their win against Los Patos Hermanos 7-3 overall, who were looking to secure a spot in the top 3 of the division. Everything seemed to be still possible at half-time being only trailed by one goal 3-2 for the ducks, but Arena didn’t slow down – on the contrary- and Mauro Ronny added 2 goals to the count to ameliorate the goal average. Orcs in black took advantage of this situation winning their game against FC Fig Puckers 5-1 overall and facing a fierce resistance up till half-time in a 1-1 draw. Time chosen by Antonio Suarez to put up a performance with his hat-trick to clarify the situation. Los Chorizos Bionicos had big hopes on the title after their victory against The Running Dead 5-2 overall and a tiny lead 1-0 at half-time, but a better goal average of Arena is keeping them in second place in the end. Malin Thor scored 2 goals for the Bionicos in order to return to division 1.
The Legislators finished their campaign with a great result 10-5 overall against HueHue FC. The lead at half-time 4-2 was encouraging and Any Verbrugen added 4 goals to the count.
Therefore, HueHue FC was relying on Zlote Ptaki to beat Serdika in order to have a chance to stay in Division 2. Serdica on the other hand needed a win to have a chance to rescue themselves and not go down in Division 3. HueHue’s wishes were fulfilled after the victory of Zlote Ptaki against Serdica 3-1 in a game were everything was still in the air at half-time 1-1. But Christian Roja with his 2 goals for Ptaki annihilated Serdicas chance to maintain. B-United couldn’t defend their chances to stay in Division 2 as they forfeited their game against Turx&Plux.

In Division 3, The top game between Champions Schaerbeek Bombers Vs. Sublime Porte turned into a demonstration of Sublime beating the Bombers 12-3 who were already somewhere in holidays. With a 10-1 half-time score, everything was done for both teams and Firdes Necipoglu can enjoy the victory with her 4 goals. Alongside those two teams we will find Expected Toulouse next season in Division 2 who secured their spot by beating Benchwarmers 6-3 overall. Despite a one goal half-time advantage 3-2, the work wasn’t finished until Andreas Gahleitner scored his 2 goals to bring his team to safety. Those results didn’t please Futsal Croatia FC who was hoping to rob the 3rd place from Sublime. Given the circumstances Brussels Sprouts took advantage of the situation winning 10-2 this confrontation despite a small margin 2-1 at half-time. Amal Boulakjar with 4 goals though provided the boost the Sprouts were looking for to round this game up in the second half. Eurotrash FC finished their campaign on a good note beating by the smallest margin a retiring team Paranoika that will be missed in the future. They gave everything for their last game to celebrate their participation in the league but Jonas (Eurotrash) scored the only goal of the game to save his team from relegation. Sofobeast United also finished on a positive note beating Hairy Canaries 8-3 overall while both teams were head-to-head 2-2 at half-time. Elisa Vargas Amelin once again unblocked the situation with her 4 goals during the game. Finally, Soloni FC also had an easy win 11-1 against already relegated Cercle Curie KSV where Astrid Conem had a season high 6 goals blast for her team.

In Division 4, Congratulation to La Vie est Belge for the title in a very tight race that saw the Eagles being defeated by FC Samnites United 5-2 and miss the target so closely. Their hopes were really high at half-time having scored the precious goal 1-0 but Francisco Perreira and co. came blasting in the second half with 2 goals to overrun powerless Eagles. RMP FC in a last-ditch struggle defeated FC Deliciosa 6-3 after a convincing 3-0 half-time performance where Garret Fitzgerald could celebrate a first Hat-trick in this HL 27. Finally, La Famiglia finished their campaign with a tight win against Les Ritals FC 4-3 overall with a 1-0 advantage at half-time. They defended this advantage despite highly motivated opponents until the end with Bruna Campos scoring 2 valuable goals for her side.

Enjoy the summer and see you back in Autumn for more Hebe League!