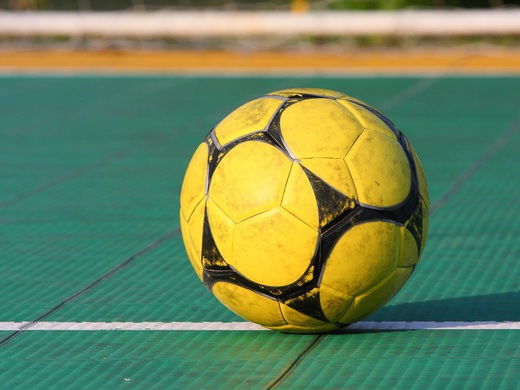 Race for the title is on!

The final sprint of this HL 27 is on its way after a well-deserved break.

In Division 1, The top match of the day saw Cyprus FC making a small gap at the top of the league by beating their nearest title contenders El Santo Sheiks 4-2 overall after a well-managed first half and a comfortable 4-0 lead. Once again Dounia Bakkali lead the way for her Cyprus Team with a double pack. Skywalkers are also carrying out a good performance by beating Spartak Zizou 5-1 overall having done most of the job in the first half with a 3-1 lead after 25 minutes. Charly Enaya with his 2 goals was involved to secure 3 valuable points for his team. Einsteinians benefited from this eastern break to inflict a 7-4 defeat to RHEBElions while the score at half-time 6-2 was already reflecting this dominance. A couple of players with a double pack were involved in the win for Einteinians amongst which Rebecca Fleming with her 2 goals contribution. AS Soreta is more and more sliding down the ranks after their heavy loss to The Hangovers 10-2. The team crumbled in the second half while only being trailed 3-1 at half-time. Clelia Casalino was at the top of her art for the Hangovers scoring 4 goals during the game. Finally, Treehuggers & Spider FC couldn’t assemble a team for the resumption of the league and had therefore had to forfeit their games against Atletico Belgique and Survival of the Fattest.

In Division 2, the race for the title will most probably stay between Arena Bxl and Los Chorizos Bionicos till the end. Both won their game this game day 13 of HL 27. Arena Bxl was in control against Serdika at half-time 5-0 before winning it with a 7-2 overall score, while Los Chorizos Bionicos mastered a B-United side 8-2 overall and a comfortable 4-0 half-time result. Aurélie Balsamo (Arena) with 4 goals and Mariano Guillen (Chorizos) with 2 goals did their part to secure the 3 points for their teams. Orcs in Black haven’t said their last word in this competition and could be promoted if they can catch the front group as a result of their win against The Running Dead 3-1. Everything was in the balance at half-time 1-1 when Ton Padulles decided to bring some action into the party with his goal for the Orcs. Los Patos Hermanos could be seen as the kingmaker having to face Arena Bxl in their last game in 2 weeks’ time. In the meantime, they are in a good position in the front group having benefited from the forfeit of HueHue FC. Turx&Plux also benefited from the forfeit of The Legislators to remain in the leading Trio of the division. Finally, the last game of the day saw Zlote Ptaki win their crucial game to avoid relegation against FC Fig Puckers 5-3, sealing the fate of the Puckers who will be playing in Division 3 next season. In a tense match being uncertain at half-time 3-3, Sadjia Mokrani scored 2 valuable goals for Ptaki in the last counter attack of the game to provide the whole team with a great relief.

In Division 3, The race for title at the top remains exciting with all 3 teams winning their confrontations. Expected Toulouse did the job against Hairy Canaries with a clean sheet 4-0 and a fragile 1-0 lead at half-time before Jesper Veber decided to score 2 goals of his own and maintain the hope for the title alive. Schaerbeek Bombers who continue to defend their first place in the league also were to win their game against Soloni FC 6-1 with a comfortable 4-0 security cushion at half-time. Benedetto Martini (Bombers) made sure to keep his team on top of things for now with his 2 goals. Sublime Porte also got the message and secured their 3 points with a 8-2 overall win against Paranoika after a good start and a 3-1 lead at half-time. Firdes Necipoglu with 4 goals was decisive for the team and the win. Further, Futsal Croatia FC celebrated a difficult win 2-1 against tough Eurotrash FC turning around a 1-0 deficit at half-time thanks to Damir Huskic and his 2 second half goals. Benchwarmers won their game against Cercle Curie KSV 6-1 overall with a 3-0 cushion at half-time, condemning the latter to relegation. Keli Brugalli with 4 goals was heavily involved in this win for her Benchwarmers. Finally, Sofobeast United secured their win against Brussels Sprouts with a clean sheet 3-0 and only a 1 goal lead at half-time. Elisa Vargas-Amelin gave the Beasts a larger gap for the victory by scoring her 2 goals of the game.

In Division 4, the race for the title remains also very exciting and nothing is certain so far. Leaders Cinquantenaire United are under pressure after loosing a vital game 8-3 to Binboga not finding the key to turn around a 2-1 deficit at half-time. Seden Tek (Binboga) gave 50aire a big headache scoring 4 goals against all odds. This means that the nearest purchasers could still steal the show in the remaining 2 last game days of this season. In the high scoring game of the day, we saw La Vie est Belge win a decisive match against RMP FC 10-8 while the leading score at half-time 6-3 was already promising for the show. Suzana Magano once again was the pillar of the Belgian victory with 4 goals of her own. La Famiglia might have some regrets at the end of the season given the late good form of the team – not being able to fight for promotion after all – having beaten in a very tight game PSG Club Belgique 4-3 that was still in the balance at half-time 1-1. Grega Grobovsek came to the rescue of his “Family” with 2 additional goals. FC Deliciosa won their game against EagleBrussels 6-2, with a slight advantage 2-1 at half-time that was extended with 2 goals of Yannick Decoster during the rest of the game. Finally, in the game of Hebes’ newbies, Les Ritals FC got the better of FC Samnites United by winning it 3-2 overall even though they had a minor scare; their opponents were closing in on a 2-0 half-time advantage before captain Edwin O’Connell shot the winning goal of his Hat trick!