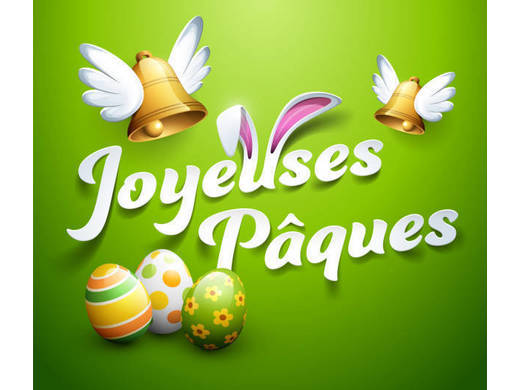 We had one last Gameday in HL 27 before going into a well-deserved Eastern breaktime to recharge the batteries for the final sprint!

In Division 1, AS Soreta and Survival of the fattest fought an epic battle that ended in a 7-7 draw while the survivors were in front 4-3 at half-time. Neither Nawal Touzani with 2 goals (Soreta) nor Arturo Petrucci with a hat-trick (Survival) could decide the game for their team. But it was fun to watch though! Not to set a precedent but Cyprus FC had to concede their second defeat by the hands of the Hangovers 6-3. The game was undecided at half-time with only a tiny advance 3-2 that the Hangovers managed to maintain throughout the game with Lucas Blavier lifting the team with a hat-trick. Not to set a precedent aswell but The Threehuggers claimed their first victory this season against Spider FC 6-1 while having a comfortable lead 4-1 at half-time. RHEBElions won their confrontation against Atletico Belgique 5-3 overall. The win didn’t seem that easy at first - trailing one goal behind 1-2 at half-time – but the combined efforts of the players, especially Sigrid Janssen (2 goals), paid off in the second half. Einsteinians re-engaged with success after beating the Skywalkers 5-4 in a game that was still open at half-time 3-3. Elena Dronken from Einsteinians scored 2 to secure the win in the end. Finally, El Santo Sheiks clearly beat Spartak Zizou  5-0  who didn’t manage to catch up their 3-0 deficit at half-time. Lea Pascal (Santo) with 4 goals made sure of it.
In Division 2, The Running Dead keep running and running and are far from being dead in the division after their latest win against the FC Fig Puckers 3-2 who are slowly sliding towards Division 3 at this point. Running’s lead 1-0 at half-time and Ania Tobur’s double pack was enough to claim the tight win. Arena Bxl came victorious out of their confrontation with Zlote Ptaki 3-1 despite the resistance of the latter. The score at half-time 2-0 in favour of Arena gave the Ptakis still some hope to unturn the final result, but the mountain was too high to climb in the end and conceding Pietro Lipani’s 2 goals for Arena. Highlight of the day was the game between Los Patos Hermanos and Turx&Plux which ended in a 13-10 win for Los Patos while the score was only / already 6-4 in their favour at half-time. Alisha Sesum had a sensational series of goal salvos - 8 goals - in order to get the win. Serdika is fighting for every point in this division and this victory against HueHue FC 5-4 could play a decisive role at the end of the season. This fighting spirit could be seen in their ability to unturn a one goal deficit 2-3 at half-time - Kirsten Glennung (Serdika) with 2 goals contributed to that. Orcs In Black and B-United split up after their game over a 4-4 draw which could have gone otherwise given the 2-0 lead of B-United at half-time. But Virginie Guillard with the 4 goals of Orcs had other plans in mind. Finally, Legislators had to forfeit their game against Los Chorizos Bionicos which brings Los Chorizos one step closer to 1st Division.

In Division 3, we saw another high score game between Expected Toulouse and Paranoika which ended in a 18-3 win for Toulouse. No chances left to Paranoika in this one-way game with already a high score 12-1 at half-time. Definitely also a record goals scoring highlight for Marta Molina (Toulouse) with 10 goals! Schaerbeek Bombers continue their lead at the top of the division after beating Cercle Curie KSV 5-2 and turning the game around in the second half while the score was 2-1 in favour of Cercle Curie. Marco Arca with his hat-trick made sure the Bombers would collect the 3 points out of this confrontation. Eurotrash FC is showing some good form lately and confirmed that by beating Sofobeast United 3-1 overall maintaining their 2-1 half-time advantage throughout the game. Kevin Herran and consorts were on top of their game to claim the victory for their team. Futsal Croatia FC devoured the Benchwarmers 7-0 in a one-way game where everything was cleared in the first half and a 6-0 lead. No time to be late to see Lucy Power score a double pack for our Croatian side. Finally, Sublime Porte mastered Brussels Sprouts in a 5-4 overall victory that was already taking shape at half-time with a 3-2 advantage. Chems Eddine Mezzour with his 4 goals “sublimed” himself to help his team reap benefits.

In Division 4, La Vie est Belge stays close to the top with a convincing win 8-3 over FC Samnites United. The lead was extended after an initial 4-1 half-time advantage. Suzana Magano once again just had to score 4 more goals to secure the win for her team. The Eagles also won their confrontation against FC Deliciosa 10-5 overall after a slow start and a one goal deficit 4-5 at half-time. Time chosen by Anne Kalthöner to put some action in this game and score a total of 4 goals for her winning side.  EagleBrussels managed to secure a tight and hard 4-3 win over a courageous Les Ritals FC side. The didn’t gave up even when the half-time score was 4-2 to their disfavour; but they were up too high…Daisy Pelloni (Eagle) with a double pack did her part to secure the win. PSG Belgique stroke again hard this week with this time a 9-1 overall win over RMP FC and a 3-0 half-time lead to difficult to clear the backlog. Stéphane Doos (PSG) with 4 goals was deeply involved in his team’s victorious path. Finally, Cinquantenaire United gave La Famiglia a little bumper by winning their confrontation 6-2 overall with a comfortable gap 3-0 at half-time; too big to be filled by La Famiglia who are experiencing a little set back. Rocio Martinez (50aire) was unstoppable adding 4 goals to the final score.