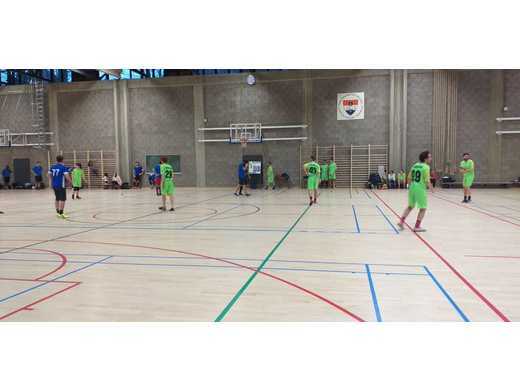 While the Ciara and Dennis mixed-gender storms keep the HEBE League indoors, the plot thickens on the pitch as the season unfolds…

Division 3 and 4 were out to play on Sunday. In Division 4, it was quite the event with ICF beating the Black Turtles 4-1, confirming their lead at the end of the first half at 2-1. This was ICF’s first win since the 6th of April 2019 when they beat… the Black Turtles 2-1, with a double from Nic Taylor. Almost a year later, and after the Black Turtles got promoted and then relegated back into 4th, it’s Gabor Endrodi and Giuseppe who both scored doubles to punish the Turtles, for which ICF is clearly the “bête noire”. After a difficult season in 3rd, Soloni FC is showing some desire to climb back up, with a solid 12-0 win against Binboga. Half of their goals were scored by Jennifer Keegan, whose sextuple puts her at the top of the female goalscorer’s table, whiile Alessandro Orlandi scored the double. A second consecutive win, 23 goals scored, 3 of the 4 top scorers: what one would call a good start to the season for Soloni. Brussels Sprouts also blasted their way past the Benchwarmers, who were left out in the cold by Alexia Bourguignon and Michael Stenier, both scoring a double, as well as Hamid Slato’s 5th goal of the season, who becomes top male goal scorer. Leading 2-0 at half-time, the Sprouts played a perfect second half to secure their second consecutive win and 2nd place in the rankings, on goal difference in front of La Famiglia. They were up against RMP FC, with both teams having won their first game. It was a disputed match, and both teams were tied 0-0 at half time. But three different goal scorers granted the 3 points to La Famiglia (the third goal can be viewed here, courtesy of the Hangovers Instagram Channel), and their goalkeeper was happy to keep a second clean sheet in a row. Fun fact: La Famiglia is the only team in the HEBE League not to have conceded a single goal this season. Relegated last season, Eurotrash FC played their first game on Sunday and claimed the 3 points against FC Belgium BXL. Two doubles by Audrey Varner and Cerone Schievon puts Eurotrash in 4th place, with a game in hand. The Schaerbeek Bombers, the only new team to have secured a point last week, came close but conceded a defeat at the hands of La Vie Est Belge. All was decided in the first half, with the scoreline remaining the same at the end of the game, 3-2. La Vie Est Belge’s Giovanni Pezzicara scored the double that condemned the Bombers to silence. But there’s a way to go, and we shall not be foolish enough to indulge in pointless commentary at such an early stage of the season.

In Division 3, Expected Toulouse continued their marche en avant (which is what a losing team does), with a 6-4 win over a tough opponent, HueHue FC. Leading 4-1 at half-time, things got a little complicated as HueHue were pushing hard to get back into the game, with a double by Leandro Ponsoni. But a hat-trick by the unexpected Jesper Veber maintained Toulouse on the path to victory. A second consecutive win and higher goal difference that places Expected Toulouse in first place, just in front of Sublime Porte. It was a tight encounter between Sublime Porte and the Hairy Canaries, but Sublime Porte preserved their small advantage at half-time 2-1, managing to contain Kelsey Perlman’s double in the second half to win the game at 4-3. Just behind them, another promoted team, Arena BXL, got the better of A.C. Oronzo Canà, notably with a double by Pietro Lama. Tied 2-2 at half-time, Arena unblocked the situation in the second half, with footage of their goals that can be viewed here. A.C. Oronzo Canà and HueHue FC are the only teams who have not yet scored any points, but they showed what they were capable of last season, which means Division 3 will be a very open and exciting division to follow! After having drawn in their opening game, Casa del Mal were keen to claim their first victory in 3rd division, and it’s Turx & Plux who got a feel for their evil intentions. A double by Juantxo Perez condemned Turx & Plux to purgatory. Another team that was keen to get back to winning ways was The Eagles, who had lost in their opening game. They set things straight against PIOLALIBRI. It was a disputed match, both teams eager to collect their first win and PIOLA was in the lead at the end of the first half 3-2, thanks to a double by Jacopo Bordigon. But Pit Klein and Charlotte van Brabandt both scored mighty doubles that gave wings to The Eagles, playing the perfect second half to finally win 6-3. Two other teams that were keen to get their first were Los Patos Hermanos and Cercle Curie KSV. Cercle Curie thought they had the game in hand, leading 3-1 at half-time, with a double by Bea P. But Alisha Sesum saved the day for Los Patos Hermanos, scoring a quadruple in the second half which turned the table on Cercule Curie KSV, who had to content themselves with a 5-5 draw. A quadruple which, by the same token, also places her at the top of the female goalscorer’s table.

Finally, as Division 2 was taking a day off, Division 1 only had 2 games played, on either side of the table. At the top end, the Hangovers were facing off The Sheikhs. Both teams had tied at the end of the previous season, The Sheikhs being the only team to have got a point from the Hangovers. But just like against the Treehuggers last week, the Hangovers played their game patiently and confidently, leading 3-1 at half-time and maintaining pressure on The Sheikhs to the end, to finally secure a 6-2 victory. Clelia Casalino and Antoine Gary both scored a double, responding to Azdine Zizou’s double (including a beautiful goal captured by the Hangovers Instagram Channel, yet again) for The Sheikhs. No less than 8 yellow cards were handed out during the game, showing that the referees of the HEBE League do know how to intervene in a disputed game! At the bottom end of the table, Spider FC were playing El Santo Subito, both teams still looking to claim their first points. Spider were head to head with Santo Subito at half-time, tied at 1-1, but in the second half, Santo’s Eva scored a double that killed the Spiders’ hopes. 3 welcome points for El Santo Subito, who hope not to have to fight the relegation battle again this season.